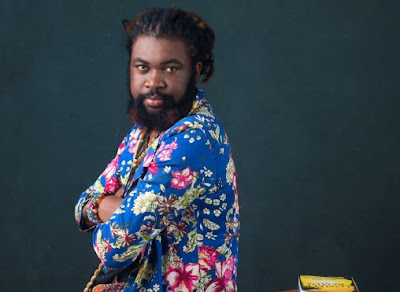 Nigerian film-maker and writer, Onyeka Nwelue, has claimed that women also molest men. He said it is common for people to see women as weaker vessels – hence letting them get away with anything they want such as s*xual molestation. He also opened up on how he has been molested.

He wrote: “In July, a female fan came to my hotel room in New York and undressed herself. I kept telling her I was not interested in s*x. Or her body. She didn’t mind. She wanted s*x with me. I had just flown in from Cuba. I had Cuban rum, which I drank when I was losing my mind. She did not want to go home.

Turn around the table: a male fan in the hotel room of a woman, undressed. That is R*PE! Women get away with anything because we deceptively say they are weaker s*x. Bunkum!

On my film set recently, a powerful woman came to ask me for s*x before she could give me the loan I asked from her. I told everyone who was close to me on set. Thank God, my two producers are women. I told them.

Women are about themselves. The Boy Child has no supporter. The women think only about themselves. No woman wants to know what I am going through psychologically but they want us to help them update my Facebook with: “Me, too!”

No way, I won’t. Unless they take our cases seriously too, I am not pandering to that!”