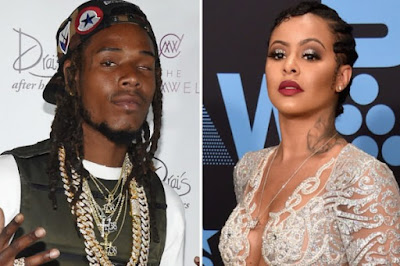 Last month, rumors started circulating online that Fetty Wap and his on-again off-again girlfriend, Alexis Skyy, were expecting a child together. The rumor was later pretty much confirmed by Alexis when she shared a pic of her baby bump on Instagram a few weeks ago, and also posted a “Road To Joy” video to celebrate the news. However, Alexis never confirmed that Fetty Wap was the baby daddy though, and left fans in the dark on who the father might be, but on Friday she decided to let the cat out of the bag. 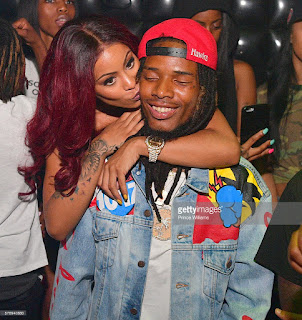 The Love & Hip Hop Hollywood actress decided to hop on Instagram Friday and post a pic from her doctors office, tagging Fetty Wap in the post which pretty much confirms he’s the daddy.

There’s no word yet as for what the sex of the baby is, but it will be Alexis’ first child, and Fetty’s second. Fetty ironically had a baby with another LHHH star Masika Kalysha at the beginning of last year.

While Fetty & Alexis’ relationship appear to be on good terms at the moment, that hasn’t always been the case. In fact the two have been on a pretty turbulent ride over the past couple years. The two were first dating for a couple years before Fetty cheated and got Masika pregnant last year, which put a hold on their relationship. Then at the beginning of 2017, Fetty Wap was accused of allegedly leaking a sextape with Alexis. Both Fetty & Alexis would go onto to deny the claims that they leaked it, but that doesn’t seem to matter any more as a baby is on the way.

Check out Alexis’ IG post (below) and look for new music from Fetty Wap to be on the way. In the meantime, revisit his latest single “There She Goes” with Monty to hold you over.