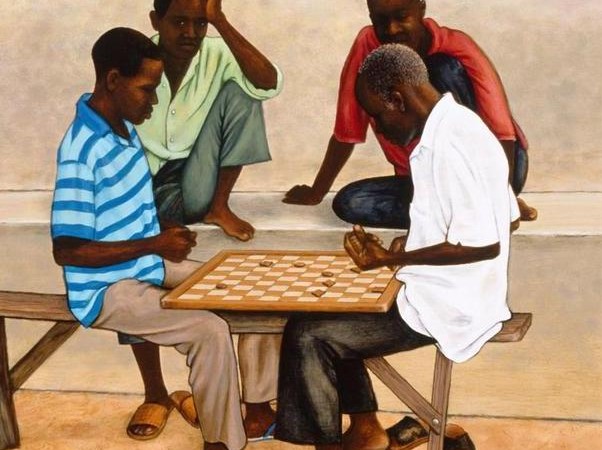 It is said that “it takes two to tango”, and that’s why Outdoor games are almost impossible without participants. It’s hard to imagine one person trying to play an outdoor game by him/herself. ”That would be a sight”.

Outdoor games bring the community together in a certain unique way that is indescribable. The players of these games are individuals “usually kids” but sometimes adults too from different homes within a particular village, town or a neighborhood. Some of these games include Owere, Ludo, High Jump, Jack where are you?, Mama and Dada, Four polls, Dame, Seesaw, Fire on the mountain, Ampe, Chaskele, Bele Bele, Papa Driver, Pampanaa and the list goes on and on.

I grew up in ”Ashiayem” a suburb of Konongo in the Asante Akyem District of the Ashanti Region of Ghana (West Africa) .Growing up was so much fun. We didn’t have the luxury of the rich kids in the big cities, but we were certainly in a dream world of our own. Early in the morning even on weekdays, it was normal to see young people helping out their parents with some household chores before setting off for school. It wasn’t weird at all to see the young at heart gladly fetching water, washing utensils, sweeping the compound as if it was the weekend. And whiles doing all this focusing on after school outdoor games.

I remember once, I was sweeping the compound and I saw my best friend back then Akwasi, fetching water. He walked straight to me and said “don’t forget we have a game after school today”. We were both all smiles and just couldn’t wait after school. We were going to play “Pampanaa“ an outdoor game which is played by four or more people. The game is played like this;
There are two teams that play this and the number both must be even, like two each in a team, Four, Six, Eight, in that order. The aim of each member of a team is to eliminate as many opposition members as possible with their sticks which they pose as guns. In the end, the last man standing wins for the team which he represents. ”FANTASTIC!”
This is just one example of the many exciting outdoor games which are scarce these days.

But where are our outdoor games?
It’s interesting to note that an overwhelming number of the youth today can hardly name five examples of outdoor games especially the real indigenous ones, which is a pity. I asked two young teenagers, one 14yrs and the other 15yrs (a boy and a girl respectively) about outdoor games they know of and I got the shock of my life. The boy answered “outdoor games aaaah ok, playing Fifa at the game center”. Like seriously, playing FIFA at the game center? Yeah right!
The beautiful young lady made the situation worse by saying “Oh ok, like playing Candy Crush or Criminal Case on Face book” HUH?  I shook my head in disbelieve.

I’m pretty sure these two young folks have never participated in any indigenous outdoor game in their life. But can you blame them? We live in a day and era controlled by technology whereby our emotions and lifestyle are almost controlled by mobile Apps like Face book, Twitter, What’s App, Instagram etc. One song comes to mind ”CONTROLLA” by American rapper Drake.
A large section the youth today put their whole life on Face book, with no worry of its implications in the future. They spend hours upon hours switching from one medium to the other, taking pictures of themselves and asking their fake friends there how they look. They better not ask me!
It’s not just in Ghana; the disease has spread across the Ecowas in recent times faster than the Ebola Virus. To be honest, nobody seems to give a dime. The whole of Africa and the world at large is experience this disease caused by these Social Media Viruses.

Well I’m just a voice crying in the wilderness!
To bring outdoor games back, it would take the effort of everyone. From Parents to Chiefs and their Elders, Assembly Men and Women, Opinion Leaders, Municipal Chief Executives, Members of Parliament and even the President himself, all hands on deck.
Wait a minute, I nearly added God. Well God, you’re invited!
So what do you think? Do you know of any indigenous outdoor game out there?
And when was the last time you tried any of them with friends in your neighborhood?

Have your say, leave your thoughts below.