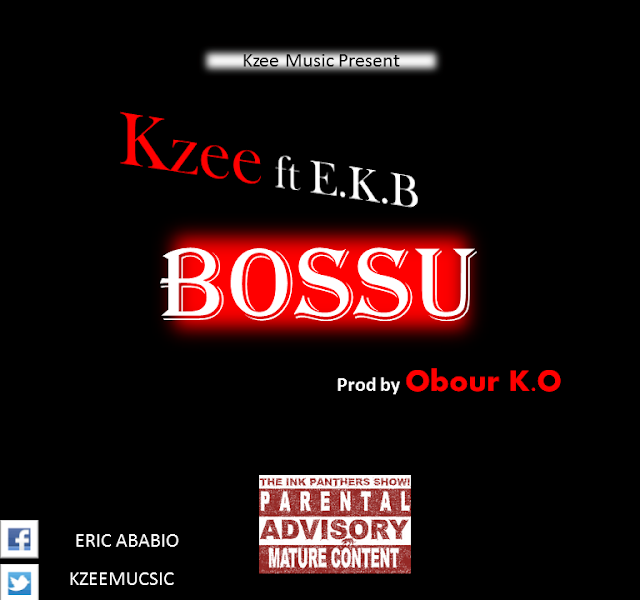 Wow, crazy is the only word i could think of when i heard this song from KZEE featuring E.K.B titled BOSSU produced by Obour KO. I swear this song is on drugs, too high to come down or listen to anyone’s opinion or take.

KZEE music presents this classy hiphop tune from the crazy rapper called KZEE featuring another ill up and coming MC called E.K.B. A very stubborn rapper who loves to take on his haters in bars, and thats because he gets high in them and can’t see nothing like a blind beggar.

The song is such a crazy art of skill and zeal. Two gods on a hihop song, what else do you expect than fireworks!!!