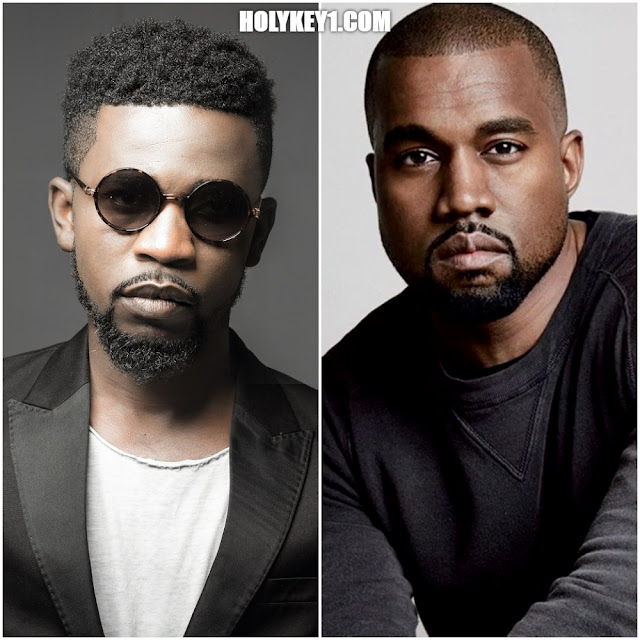 Bisa KDei has finally reacted to many reports that were circulating around especially in the media in February that Good Music C.E.O and husband to Kim Kardashian, Mr. Kanye West had interest in signing the ‘Mansa’ hitmaker.

In an exclusive interview with DJ Adviser on Happy FM’s Ayekoo, the multiple awrad winning singer disclosed his management had warned him not to speak on the issue.

Here are highlights from the conversation!

DJ Adviser: How far with the Kanye deal?

Bisa KDei: Please, I don’t want to talk about that. Let’s talk about something else.

Bisa KDei: Please… I have been told not to talk about it.

DJ Adviser: Did your manager ask you not to speak about it?

DJ Adviser: But did he make the approach?

Bisa KDei: No matter how hard you try, I will not speak about it.

In February a press release sent out by Bisa KDei’s team reported;
Bisa Kdei has moved to the United States for his tour. While many believe he made this trip for the purpose of his bookings in the States, Bisa Kdei has confirmed the trip involves a lot of projects which include finalising a deal with American rapper Kanye West.

Bisa Kdei yesterday on HOT97 talked about his music genre; high life music and his plans of elevating the genre to be one of the biggest in the world.

To Bisa Kdei, one of the many things he has in line for the uplifting of High life music in his country to the world is a deal with rapper Kanye West which he will disclose soon.
Bisa Kdei was further asked by the host to talk more about the deal with the Yeezus rapper, –he replied by saying; it’s good to let actions speak instead of showing off or disclosing unconfirmed results, so for now permit me to talk less about this until everything goes on as planned.

Bisa Kdei had his last performance in Charlotte last Saturday and to summarize his tour in the States, i can boldly confirm he has so far hosted the biggest concerts headlined by a single Ghanaian musician in different states, — of which i have witnessed in my industry career.