A player of a generation Ronaldo; a team of a generation Madrid. That is the only way to describe Cristiano Ronaldo and Real Madrid following the club’s 12th Champions League victory.
Ronaldo makes Champions League history
Into the bargain Zinedine Zidane has bettered every Real Madrid coach since 1958. Luis Carniglia equalled the feats of Jose Villalonga a year previous in winning a league and European Cup double. No Madrid coach since then could do it until now.
And it took 27 years for a team to match the feat of Arrigo Sacchi’s AC Milan side. This Real Madrid have no comparison in the modern era.
The path to the final these days is so fraught with danger and teams such hostages to fortune that it is hard for any side to fulfil their destiny as favourites.
There is such a pervading expectation of success around Madrid, however, and they have broken through that glass ceiling. 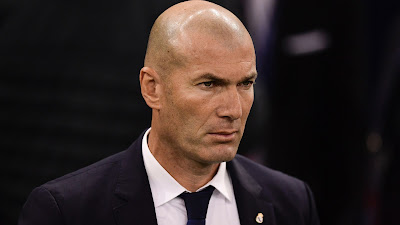 This was supposed to be competitive. Juventus had conceded three goals in the competition to this point and had shut out Barcelona twice.

Tonight, Real Madrid pierced them four times through Ronaldo, Casemiro and Marco Asensio. This was a team going for a treble and they were made to look like they didn’t belong in the same company.

Madrid’s sense of calm, their ease at coping with pressure, these things don’t come easily. They only come for a team so used to winning – and so sure of it – that every final can be treated as no big deal.

Before the game as the Juventus XI went through a detailed and rigorous pre-match warm-up, the Real Madrid contingent could be seen engaging in an easy-going rondos session and exchanging hugs and smiles. They have been here, seen it and done it. They don’t come to Champions League finals to compete, they come to fulfil a script.

Credit to Juventus. They flew out of the blocks and threatened to disrupt the rhythm of the team in purple but it couldn’t last. Not even one of the greatest Champions League final goals from Mario Mandzukic could knock them from their stride. Indeed, it was appropriate that it required magic to earn Juve some parity because their normal game was sure as hell not good enough to get close. 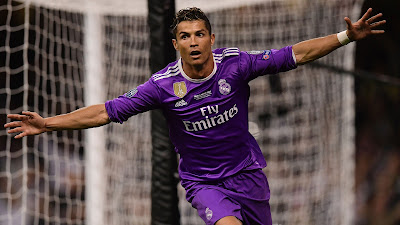 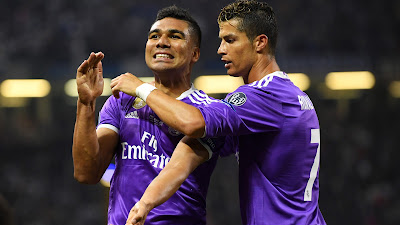 Real Madrid did what Real Madrid does. They maintained composure in possession and were utterly devastating when they had the ball in front of goal. Gianluigi Buffon barely had his shorts dirtied by the time Ronaldo swept the opening goal past him.

Juventus came here believing and hoping but all it took was one swipe of the Portuguese genius’s boot to smash their expectations back into the earth.

That’s four Champions Leagues for Ronaldo for those keeping score at home. Three for Real and one more for Manchester United. He has scored in three finals including two goals here. He has scored 10 knockout goals this season; many strikers would be satisfied with that over the course of a career.

Comparisons will always be made with Lionel Messi but now it’s time to start thinking about Alfredo Di Stefano and Ferenc Puskas in the Real Madrid context. He is extra-terrestrial; we will never see his like again.

And, as good as Zidane was a player, he is now emerging the same way as a coach. These are the history boys; modern greats, the best of all time?

SOURCE : GOAL.COM/UK
Thanks for visiting Holykey1.com, kindly come here often because we have more juicy entertainment stuff and sports for your pleasure
Don’t forget to leave your comments below and share this post to friends and family
STAY BLESSED!