EA Sports have revealed that Cristiano Ronaldo will be their global cover star for FIFA 18, which will be released on September 29.
The Real Madrid star capped off another superb season by scoring twice in the Champions League final against Juventus, cementing his status as the early favourite for this year’s Ballon d’Or.
And Ronaldo has landed one major individual honour for 2017 already by being named as the face of the world’s most popular football game for the first time in his career. 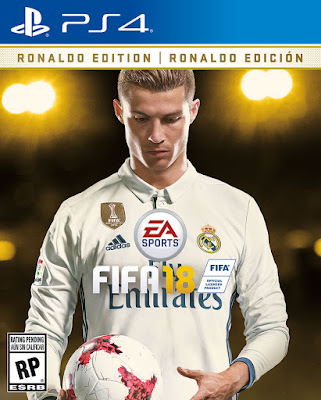 His presence at the centre of FIFA 18 will pit him in yet another battle against Lionel Messi, with the Argentine having signed a deal with Konami to promote Pro Evolution Soccer after featuring on the cover of FIFA 16.
FIFA fans can already pre-order the ‘Ronaldo Edition’ of the new game, which costs £79.99 and features up to £40-worth of Ultimate Team packs as well as a Cristiano Ronaldo loan card and exclusive kits.
According to EA, Ronaldo recently took part in a motion-capture session at their studio in Madrid to create the most accurate in-game likeness of the 32-year-old ever.

“The world’s best player has helped fuel the biggest leap forward on the pitch that we’ve ever delivered,” said Aaron McHardy, a senior producer of FIFA.

“We are extremely excited to partner with Cristiano – working with him we learned a lot about his unique play style and what makes him so special. His passion, energy and global fanbase make him the perfect ambassador for FIFA 18.”

“It is a real pleasure to be on the cover of FIFA 18,” Ronaldo added. “It’s a great feeling and I am grateful to have been chosen.” 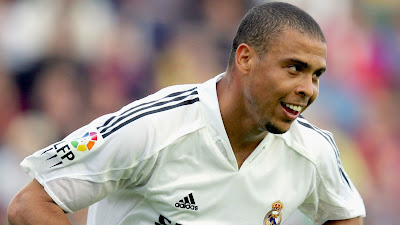 Cristiano is not the only Ronaldo to be featured in FIFA 18 – former Brazil star Ronaldo Nazario will also be available on Ultimate Team as the first of the games ‘icons’, which are replacing FIFA 17’s legends and will be available on all platforms, not just Xbox.
The elder Ronaldo, too, is getting his own cover in the form of the special ‘Icon Edition’, which costs £89.99 and features up to £79.99-worth of Ultimate Team packs, TOTW loan packs and both the Ronaldo and Cristiano Ronaldo cards on loan.

In announcing a release date of Friday, September 29, EA are changing up their release schedule slightly this year.
For the past few years, the new FIFA has come out in North America on a late Tuesday in September, with the most recent game released on Tuesday, September 27. It has then dropped in Europe two days later.
The game will be available on Tuesday, September 26 – sticking to that schedule – this year, but only to Early Access players who pre-order either the Ronaldo Edition or the Icon Edition. Those buyers will get three days of advanced access before the full release on the Friday.
EA also revealed that FIFA 18 will be available on PlayStation 4, Xbox One, Nintendo Switch, PC, PlayStation 3 and Xbox 360 – eliminating doubt about whether or not the latest game would be released on the previous generation of consoles.
Thanks for visiting Holykey1.com, kindly come here often because we have more juicy entertainment stuff and sports for your pleasure
Don’t forget to leave your comments below and share this post to friends and family
STAY BLESSED!