Facebook is free to use, so how is it worth a $100 billion dollars?
Let’s look to Hollywood for an answer to that question. There is a great scene in Social Network, the 2010 drama movie about Facebook founder Mark Zuckerberg, where Zuckerberg is given one of the following advice from one of his partners 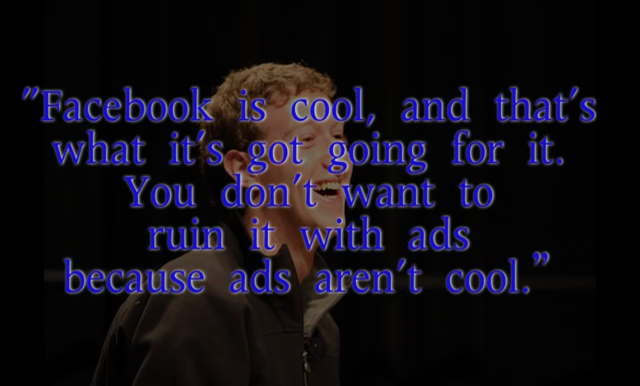 In the film Mark initially agrees, “Ads on websites generally are not cool”. But Facebook has ads, you’ve probably seen them before. They are on the right side of your screen whenever you log in. In fact Facebook has had ads for a while, pretty much since 2007 back when it was still only available for users who were in college or schoolAnd in 2011, according to the information Facebook released for their upcoming initial public offering , 85% of the $3.7 billion that the company made came from advertising.
They use a specific strategy called targeted advertising that involves creating customized ads specific to the interest of individually users based on the data they knowingly and unknowingly they provide. Now granted! Facebook is hardly the first to use targeted advertising. Google has been doing it longer than Facebook has catering ads to individual web users based on what they search for as well write about when using Google’s email service. 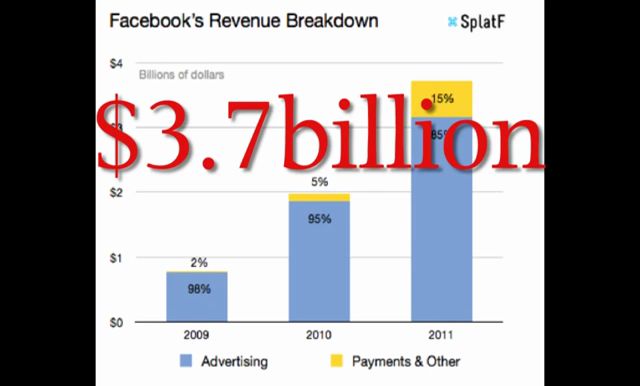 But Facebook’s approach is unique because it serves as a social network in which users log in and often share an incredible amount of personal information about themselves. For example; in order to set up an account first you are asked to include all sorts of private information, like your age, where you live, your phone number, what you do for a living, your favorite TV show, movie, dance so on and so forth.

And that’s just the beginning. Once you start actively using Facebook like you know posting photos and liking things, the amount of data adds up quickly much faster than you might expect

Think about it, let’s say you post on your wall that you’re going to dinner at an expensive Spanish Tapass restaurant in the Mission. Well Facebook now Facebook knows where you like hangout, what type of food you like to eat and even how much you might be willing to consider spending on food. All that just from one wall post.

There’s actually a Law student from Austria named Max Shrems who went to court with Facebook to see in real life all of the information it had gathered on him. Basically he wanted a paper trail of all of his Facebook activity and he got, all 1,222 pages of it. And this is a guy who claims to only use the site about only once in a week.

In recent years, Facebook has even figured out a way to gather data about people when they are not even on the website itself. You know all those like buttons you see pretty much everywhere on the internet? Yeah
Well if you click on one of those, even if you are not on Facebook, Facebook gets data about you. And then there is Facebook connect which has been around since late 2008 that allows you to log into other websites using your Facebook account. For example there’s Spotify the music sharing service, well if you log into Spotify through Facebook, well guess what!
Facebook collects data about what you do and listen to on Spotify. 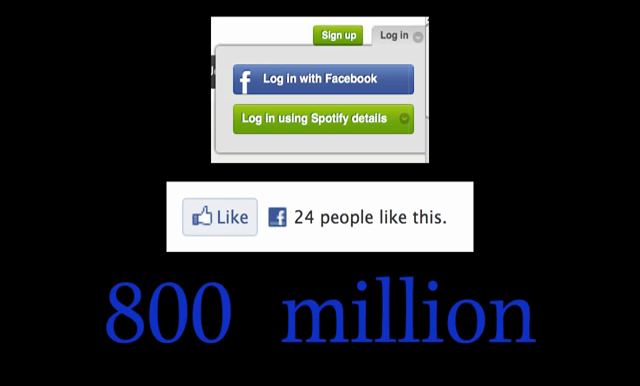 With all the like buttons on the internet and how many websites are using Facebook connect and the mere fact that there are over 1 billion registered users on Facebook, it’s pretty clear that the company is gathering a staggering amount of data.

And that’s where targeted advertising comes into play. Advertisers want access to this data so they can interact with consumers and appeal to them in a more personal and effective way.

Imagine you owned a maternity clothing company; wouldn’t it be really nice if you could show your ads only to pregnant women? In their information to advertisers, Facebook makes their objectives pretty clear. 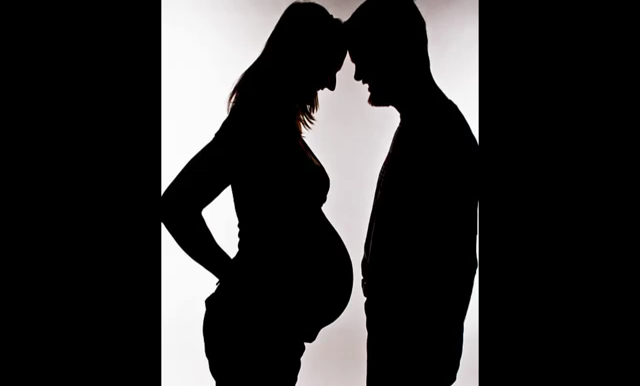 “People treat Facebook as an authentic part of their lives, so you can be sure that you’re connecting with real people with real interest in your products”. 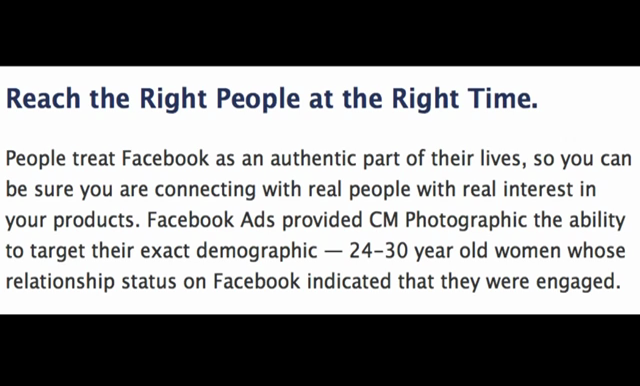 There’s even an official Facebook YouTube video which shows how to easily set up an ad to cater to a specific audience. Advertisers can pick geographical locations, age ranges and even specific interest. This is why it’s pretty much common to see ads on the side of your Facebook window that seems suspiciously relevant to your life.

To test this all out I created a Facebook profile for an 18 year old male living in San Francisco. At first there was nothing. He has no friends, he didn’t like anything. So Facebook knew nothing about him except his age and location. 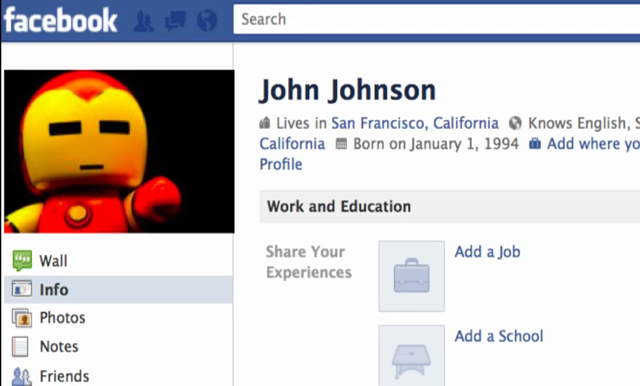 But then I went in and liked a few popular TV shows and bands like OK Go. I also liked the San Francisco giants. After liking three TV shows, three bands and a sports team, I went back to the wall on Facebook and there was already an advertisement on the right for an art school in San Francisco. Seems pretty fitting giving the age, location and state of interest.
And that’s what you call a targeted ad. 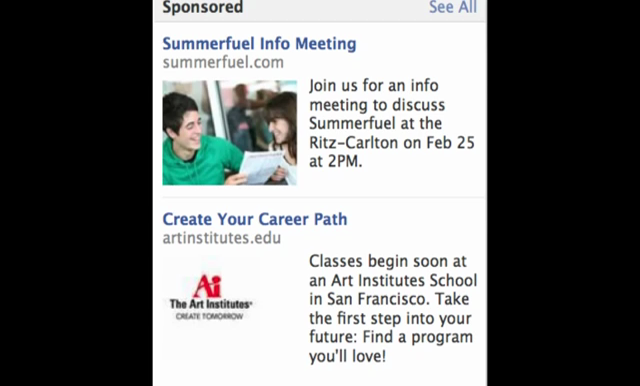 Facebook also gives advertisers access to other friends that are part of each users social network in an effort to make their ads that much more appealing. So a targeted ad will pop up I your Facerbook profile one that is based on your interest which you probably gonna like anyway But the ad will also show which of your friends have gone out all the way to like that product

Ive blown out the names here, but a product generally seems much cooler if your cool friends already liked it. 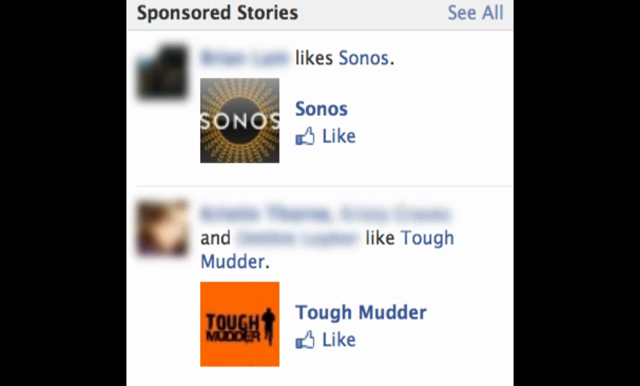 In short Facebook is making a lot of money. Not by charging fees but by selling that use the data collected asresult of being part of Facebook in the first place. It is a social network afterall where people act socially. But who would have thought that the digital social lives of people would be worth more than a $100 billion.
Now ther is a way for you to persoanlly control how much information Facebook can gather on you and share with advertisers. It’s all in the privacy settings. Over the last few years Facebook has had some pretty bad publicity for changing their privacy settings without really letting people have a choice. And there was a lot of angry response with people unhappy about how much Facebook knows about us and shares about. 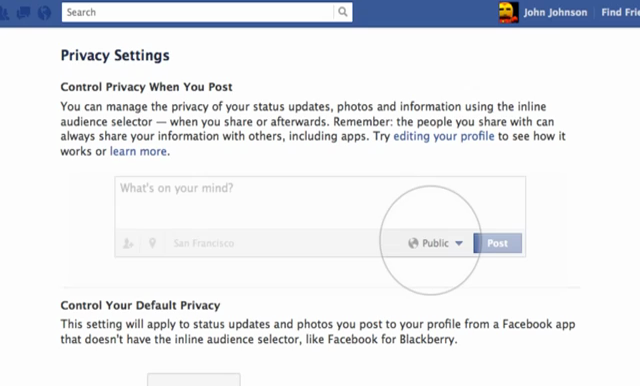 So when you go to your Facebook privacy settings as I did for the fake account that I created, you’ll see that the default setting is to share everything with everything. Anything you post will be publicly available to anyone who wants to see it. This is the default setting. In order to change it and make your account less public you need to go on and thinker out with your settings; which used to be really confusing but has gotten a lot less confusing because of how many people have complained about it. 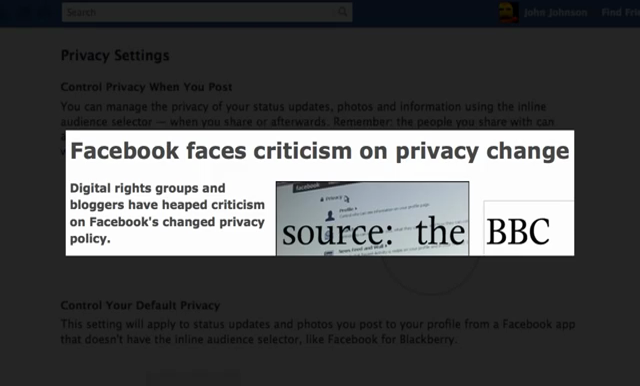 So what we’ve got here is a company which probably worth over $100 billion and they’re making 85% of their money off of targeted ads. Does this make their ads cool?
Probably not! At least not yet 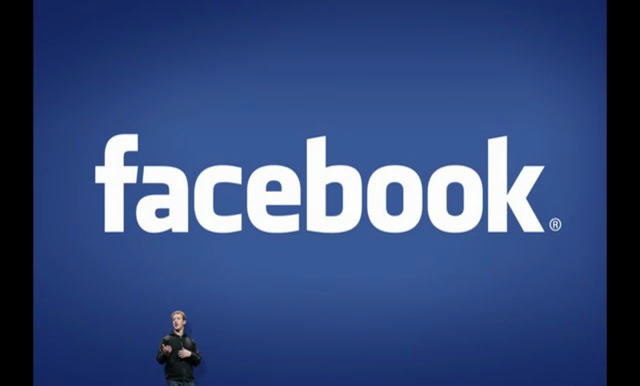 But with Facebook’s IPO looming, don’t be surprised to see some pretty substantial advancements in its advertising approach.

Thanks for visiting holykey1.com, kindly come here often because we have more juicy entertainment stuff and sports for your pleasure