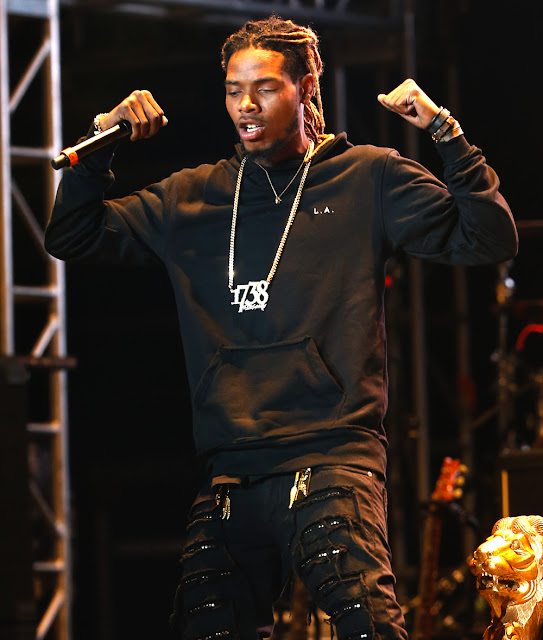 The Good Lord showed his never ending mercy on Fetty Wap as he escaped death after being robbed and shot at. Fetty ducks shots and walks away without any injuries but three other men wounded.

On Sunday, five shots were fired in his hometown of Paterson, New Jersey, Fetty Wap found himself involved in a dispute that that escalated into a fight, before ending in a shootout.

According to TMZ, the “Trap Queen” author got his chain and cash snatched from him. Information that has not been confirmed by the local police, points to the involvement of a rival rapper in the altercation. The suspect and long time rival of Fetty, Raheem Thomas, claims he has nothing to do with the robbery or shooting.

Three men were hospitalized, one of them took a bullet in the leg, the other was hit in the torso. They are in stable condition.
According to the police, the rapper and his crew are not suspected of having fired shots at all. Later on social media, Fetty Wap did not make any wind of this case, using twitter for a series of reflections on the meaning of the life.