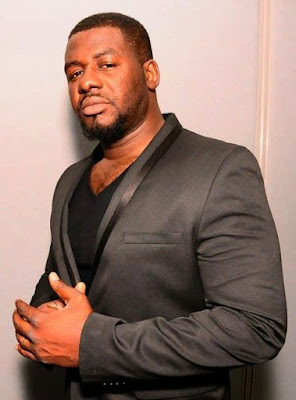 Artiste manager, Lawrence Nana Asiama Hanson, widely known as Bulldog has described as “unethical and irresponsible” Fuse ODG’s attack on NIVEA and subsequent call for the removal of its billboards.
Fuse ODG on Wednesday ordered NIVEA to pull down the Natural Fairness Body Lotion billboard, as he postulated that the product was promising a ‘visibly lighter skin’ for black women.
His post caught fire as Ama K. Abebrese, Reggie Rockstone and other Ghanaian celebrities joined the campaign, abrantepa.com observed.
Making a submission on Daybreak Hitz, Bulldog stated that Fuse ODG goofed as he could have campaigned against skin bleaching without calling out a brand he [Fuse] thinks endangers the skin.
“Let’s be careful when we are attacking or speaking against products. Fuse is a product, Nivea is a product so I think he should be mindful. These people have gone through every scientific experiment, it’s been approved for sale. The fact that you are a product and you are speaking against a product that is not really harmful, I don’t get the connection. There are a lot of social vices he can campaign against,” he said.
“I think we should be responsible enough. Brands are involved so because one attacks, he should be cautious. I don’t think any of us supports bleaching but don’t call out a product. It’s unacceptable, it’s unethical. He’s a brand, he’s got a management team so they should know better. Let’s fight against bleaching; don’t call out products. Mentioning products will get you into trouble,” Bulldog advised.

Dear Nivea, Kindly take down these billboards you have placed all over our beloved countries in Africa. I saw this one with my own eyes today in Ghana and we love our complexion the way it is. And if you don’t take these down. We will. Every African everywhere should stop buying any Nivea product. Tag the Nivea branch from your country so they understand how foolish this is! With love #PULLITDOWNNOW @Nivea_uk @NiveaUSA @reggierockstone711 @Sarkodie @r2beesmusic
A post shared by Fuse ODG (@fuseodg) on Oct 17, 2017 at 7:06am PDT

Communications expert, George Quaye contributing to the discussion also noted that Fuse ODG goffed. According to him, if Fuse ODG had researched, he would have known that NIVEA’s ads do not “necessarily speak to the effects of using the product. They speak to the skin type that should use the product.” Meanwhile, NIVEA in a statement say the campaign is in no way meant to demean or glorify any person’s needs or preferences in skin care. 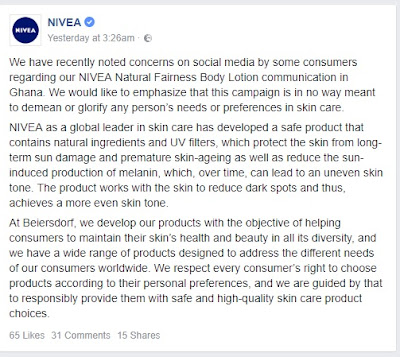 Thanks for visiting Holykey1.com, kindly come here often because we have more juicy entertainment stuff and sports for your pleasure
Don’t forget to leave your comments below and share this post to friends and family
STAY BLESSED!