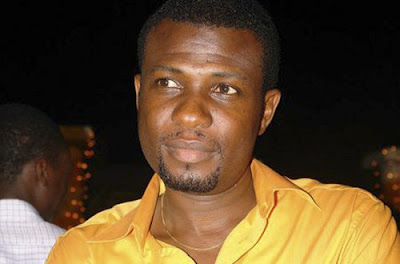 The President of the Creative Arts Council, Mark Okraku Mante, has expressed his willingness to lead a delegation to apologise to the Krobo community on behalf of Sarkodie, Citi Showbiz has learnt.

Speaking to KMJ on Hitz FM on Tuesday, June 20, 2017, Mark Okraku Mante said he was ready to meet the Krobo elders on behalf of Sarkodie for his lyrics on a Krobo woman in ‘Jennifer Lomotey,’ a song owned by Kurl Songx.

“Because of the office I occupy, I should have an interest in the issue because Sarkodie is a creative person and the issue came out of a creative piece. Even though we encourage creativity, psychologically this can affect other creative artistes because subsequently they may find it difficult to mention other tribes in their songs,” he said.

“It is good this is coming out. Society develops out of conflicts. So it is about finding solutions. Between now and Friday I am making an effort to meet the Krobos,” Mark noted.
He said listening to the song, he did not think Sarkodie had any intent to mock Krobo women but as society if you step on somebody’s toes and they say they don’t like it, it is prudent to apologise.
“I do not also think that if your neighbour wrongs you, you run to court. For me as a mediator, I am not going to take sides. What I am going to do is to make sure creativity and culture co-exist,” he intimated.

In the song ‘Jennifer Lomotey,’ Sarkodie raps: “Krɔbɔ nii baa papa a ahweneɛ da ne sisi. Ɔkɔmfo Anɔkye de adwaman no abɔ ne dua,” which literary means “a good Krobo woman with beads around her waist. She’s been cursed by Okomfor Anokye with promiscuity.”
This did not go down well with the Krobos because to them it is denigrating to their women. A myth has it that Okomfo Anokye was once bathing by a riverside when some Krobo girls peeped at his nakedness. He then cursed them and generations of the Krobo women that they would be promiscuous.

When the issue broke, the Paramount Chief of Manya Krobo, Nene Sakite II condemned it and requested that Sarkodie apologised and retracted the song. A Krobo Youth group, Kloma Hengme also issued a statement and later through their legal counsel, served the management of Kurl Songx and Sarkodie a letter of their intent to sue.
In the letter, they requested among other things, that the song be edited, Sarkodie apologises to the Krobos and pay an amount of GHc. 2,000,000 (Two million Ghana cedis). They gave the Kurl Songx and his team a week to satisfy the requests or face a law suit.
Mark Okraku Mante’s wish to apologise to the Krobos in Sarkodie’s stead comes few days after it was reported that ace musicians Nana Kwame Ampadu had also said on Kessben FM that he was also ready to apologise on their behalf.

He said the youth of today do not take cognizance of the impact of the words they choose for their songs and urged them to savour their lyrics.
However, the Public Relations Officer of Kurl Songx’s management (Blaq Standard Management), Arnold Asamoah Baidoo, has said his team sees nothing wrong with Sarkodie’s lyrics and that they are unperturbed by Kloma Hengme’s intent to sue them.