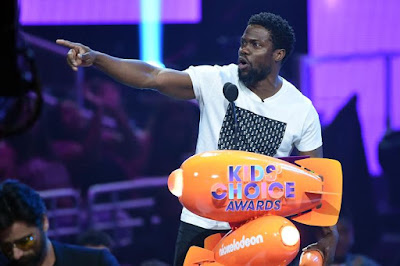 Kevin Hart may be fine and dandy and excited about his baby coming soon, but the woman who was exposed in his sex tape scandal isn’t feeling so hot her self.

In the trailer for Kevin’s upcoming Irresponsible tour, he takes a few jabs at himself for the Las Vegas video that surfaced of him and Montia Sabbag getting really close.

“Give me one example of me being irresponsible,” Kevin says in the promo, to five other versions of himself. “Boy, we talking about you in that car with that girl in Miami.” Where the lead Kevin responds, “I don’t even know who she is!” Another Kevin character pipes in with, “What about Las Vegas,” where the lead Kevin yells back, “Fuck you man!” 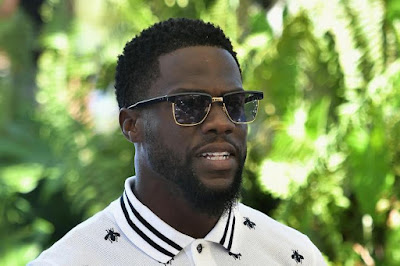 According to Montia’s attorney, Lisa Bloom, this video is a clear slap in the face alluding to Kevin just making a cash grab out of the situation. TMZ reports that both Montia and Lisa think that Kevin using the scandal for his tour teaser is “very distasteful.” Montia is apparently the victim of slut-shaming, social media hacks and death threats since the video surfaced.

“This stuff takes a toll mentally and physically, and now with this tour it’s like this whole thing was a joke,” Lisa says.

Montia told her side of the story not too long ago saying she met Kevin on a private plane from Los Angeles to Las Vegas where the two were surrounded by mutual friends.

“I met him (Kevin) on the plane, I was with a friend and we had no idea he was gonna be there,” she said. “He was with his friends. I thought he was cute, he’s an attractive man, but I wasn’t star-struck or anything like that, it was super casual, he was a gentleman, a nice guy.” Montia alleges she didn’t know of his marital status, especially since he had been paying so much attention to her. She shared that the two had sex three times, and despite claims that Kevin was drunk, she said he was stone cold sober.

“If you really look at the tape it was during the day, it wasn’t a night thing, he was sober, there was obviously a connection, I’m not just someone he was with at night when he was intoxicated or something, it was more than that,” she added.