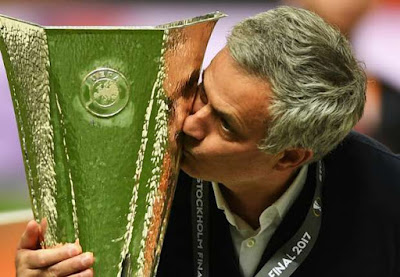 A Manchester United season filled for long spells with frustration and recrimination has ended with three trophies being added to the already-bursting Old Trafford cabinet. The shape, size and value of the prizes might have some questioning whether Jose Mourinho would have been better doing things a different way, but there can be no suggesting 2016-17 has been a failure.

“We knew exactly how to win,” said the United boss after an evening dripping with emotion on Wednesday, his side beating Ajax 2-0 in the Europa League final against the backdrop of Manchester’s pain following Monday’s terror attack.

And the man has a point. This is a club which for a quarter of a century went about sweeping practically everyone aside to win almost every trophy possible, but they have done just about everything but win since Sir Alex Ferguson hung up his stopwatch.

David Moyes was a rabbit caught in headlights, Louis van Gaal an old dog with no new tricks. United needed to find a way to get over the line once again, with Moyes’ single Community Shield win and Van Gaal’s FA Cup triumph small reward for supporters who had come to expect so much more. 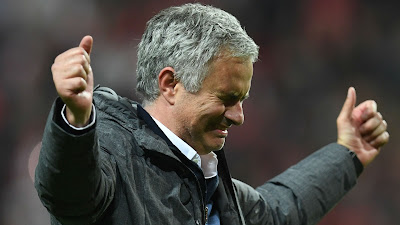 The club turned to Mourinho knowing he was the closest thing there was to a guarantee of some sort of success, even if he also ensured a bumpy ride along the way. His tactics are a stick to beat him with, but when he comes out on top he is never shy in hitting back.

“There are lots of poets in football,” he added on Wednesday when speaking to BT Sport . “The poets didn’t win many titles.”

Time and again during what has at times been a testing and tiresome first year in charge at the Theatre of Dreams he has questioned how the likes of Arsene Wenger, Jurgen Klopp or Pep Guardiola get away with some things but he never can.

A trio of trophies are money in the bank to a United manager who few expect to suddenly have a team playing dazzling football. And with Antonio Conte alone having so far lifted a major title other than Mourinho it is hard to argue with the Portuguese’s assertion that it is the end goal which counts the most.

Yes, he courted controversy and consternation on the way but it was all a means to an end. It might not have been football the Manchester United way at times, but Manchester United are ultimately about success and he achieved that. Some will fight back with barbs about the world’s most expensively-assembled football team finishing 24 points off the top of the Premier League table, but what’s the difference between one and 24 once the silverware is out of your grasp?

Next season, of course, needs to provide something more. The problem with giving fans the taste of glory is that they want a bigger piece. Season one was always going to be about getting back on the horse. Season two must be about giving United fans real belief that their club is on the verge of greatness again. 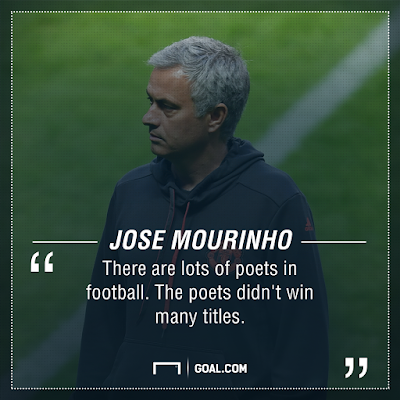 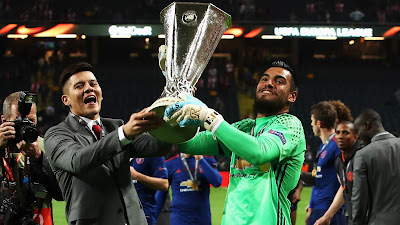 A Premier League title? A Champions League crown? Mourinho has won both on multiple occasions and would love nothing more than to repeat those successes in Manchester. It might be a lot to expect United to close the gap between this season’s returns and both of those glittering targets in the space of 12 months, but they must at least get close in one or the other.

In the meantime, Mourinho has vowed to switch off his phone, head for his holidays, and revel in his achievements on his first lap around the course with Manchester United. When you work for this club, your achievements at Chelsea, Real Madrid or Inter matter not a jot. Your triumphs in red are what count and he has delivered a maiden Europa League title, a first of any continental denomination in nine years.

SOURCE: GOAL.COM/UK
Thanks for visiting Holykey1.com, kindly come here often because we have more juicy entertainment stuff and sports for your pleasure
Don’t forget to leave your comments below and share this post to friends and family
STAY BLESSED!