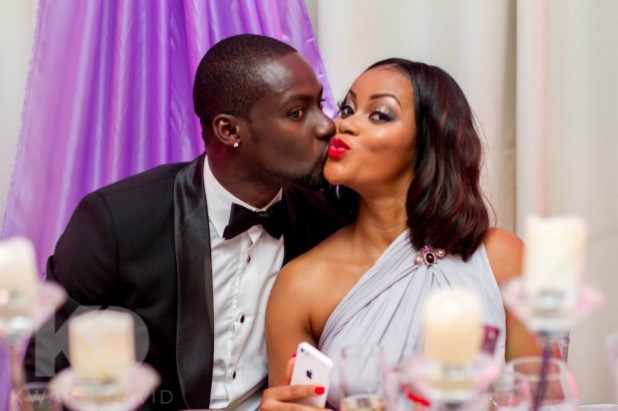 Chris Attoh has disclosed in a new interview that his marriage to Nigerian actress Damilola Adegbite is in trouble.

The star actor in a radio interview claimed he never read rumors or hear them.

“If you see me without a ring, then I might be coming from set because when I’m in character I cannot wear my ring but as you can see I have my ring on now.” He told Hitz FM.

“I don’t read the rumors or hear the rumors and I can’t be bothered. I will like to acknowledge the concern the fans show and its beautiful to know people care apart from that what’s important is what is in front of me.”

Touching on reports that suggested his wife refused to respond to a lengthy message he posted on Instagam to mark the couples two years anniversary he said;

“I got my response. It doesn’t necessarily have to be on Instagram. I spoke to her that evening and I can’t delve into it because its too early in the morning. I was in South Africa then so I didn’t get to do anything that night… It was postponed definitely. It’s important because that’s the beautiful thing about marriage.

“Because of what we do, its tough to be in one place at the same time. I might be away for two or three months but when she is free, she does come see me and when I can, I also go see her wherever she is.”

Speaking the rumors that his sisters were not happy with his marriage to Damilola, Chris stated;

“That’s news to me. I had lots of good wishes.”