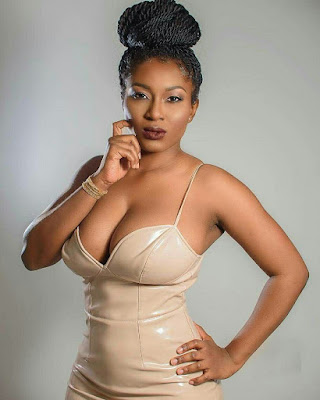 Tracy SarkCess, according to report is carrying the second child of the Best African star after successfully delivering her first daughter Titi Sarkcess nearly years ago.

The 27-year-old mother-of-one, according to GhanaCrusader is said to be carrying three months old pregnancy that is why she is lately seen cladded in maternity clothes.

There has not been any official word from the Owusu’s on this development yet but as the speculation is fast spreading we are holding our horses for the “HIGHEST” to quench our thirst with some tasty juice.

28th March 2016 was exactly one year when the daughter of Sarkodie, Adalyn Owusu Addo aka Titi was born. In April 2016, her father released a song produced by JaySo titled ‘The Way I feel’ detailing the new addition to his family.

The young gem has since won the hearts of many Ghanaians with her charming beauty and her automatic celebrity status.