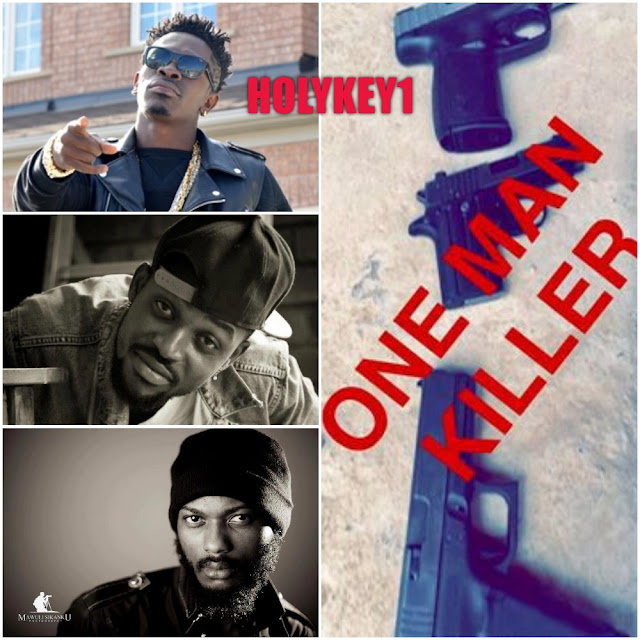 Shatta wale bounces back with ONE MAN KILLER. From the way things are going it doesn’t look like these two carnivals who lust for beef will ever stop. They love it. After dropping yesterday with SAY FI Yaa Pono aka Ponobio dropped a kiler reply called Gbee Naabu which is trending massively today.

SEE ALSO YAA PONO DISSES SHATTA AGAIN? INCREDIBLE
One thing we can say for sure is that Yaa Pono will certain be the victor in this fight in terms of airplay since his songs seem to be more radio friendlier than that of Shatta Wale. “Gbeenabu” and “Noko” are both enjoying airplay whiles “SAY FI” which is extremely explicit is only being played by indivuals and a few selected pubs in Ghana.
One man killer seems to be better in terms of clean content but this time Shatta throws shots at IWAN who also earlier threw shots at Shatta. This is a sweet beef, i swear!

Another One, Shatta Wale has finaly released his second diss song, but this time to Iwan and Yaa Pono. He titled this one “One Man Killer”. its getting uglier as the day passes. shatta wale gets into his beast mood and sends this one straight to Iwan. He calls this one One Man Killer. without much talking, download the hardcore dancehall banger below.