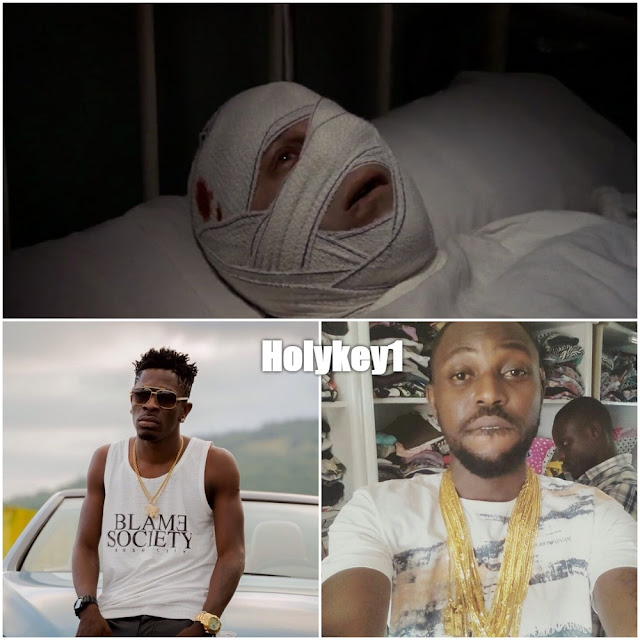 Ok, so for a second, when Shatta Wale’s results were not yet in we all thought Yaa Pono was in a comfortable lead uintil we were given a shocker some few hours ago. Shatta Wale has done it again.

Anyone who follows Shatta Wale on social media must have certainly seen on facebook and twitter already what Shatta thinks about this whole brouhaha! Shatta certainly feels “Sister” Yaa Pono, as he refers to him now is just trying to be mischievous with a beef that he created on his own.

Do you remember the infamomus lines of Yaa Pono which goes like “ma y3 mano tantantan tes3 Dancehall King”? Shatta didn’t pay him a mind which led to the conclusion by a lot of music loving fans especially followers of Yaa Pono that Shatta Walle fears Yaa Pono

So Shatta as we know him to be, very smart decided to use the same words of Yaa Pono Say FI as  the track title

Well today Shatta Wale has shown he indeed is his first music name(SHATTA) , which is a Jamaican slang for Gangster.

But now we ask, has Shatta Wale Killed Yaa Pono?
The game is on and shatta wale is here with his reply to Yaa Pono’s NOKO tune. with less talk,enjoy SAY FI.