During a performance at the Formula 1 U.S. Grand Prix in Austin Texas, Stevie Wonder used his platform to make a powerful statement. The legendary singer concluded his set by taking a knee during an improvised performance of The Star Spangled Banner, following in the footsteps of athletes like Colin Kaepernick and Von Miller. The gesture has taken on heavy social and political implications, and what began as a peaceful protest against police brutality has spiraled into one of the most divisive forms of expression. In fact, President Donald Trump recently crusaded against the NFL, straight up saying that any player who knelt during the anthem should be “fired” or “suspended.”

Now, Stevie Wonder has added his name to the list of those who took a knee during the anthem, and his status makes the gesture all the more powerful. Wonder is one of the most respected names in music, a legend in his own right, and for him to make a statement during a Formula 1 event of all places is a bold move. According to Time Out Austin, Wonder opened his performance by addressing the racial tension permeating the United States:  “I’ve never seen the color of my skin, nor the color of your skin. What I want you to know is that we are in a race, we here, all of us here, a race against time … [so] it’s time for all the leaders, all the people, all of us to come together in the spirit of unity so we can move this world to a positive form.” 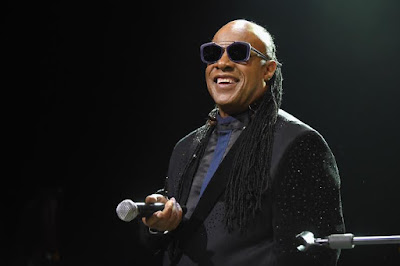 After performing some of his classics, Wonder closed out his set with a performance of the Star Spangled Banner, during which he took a knee. The same Time Out report indicates that many audience members in attendance took also took a knee in solidarity. Check out video footage of the performance below. This is not the first time Wonder has knelt in solidarity, having previously taken a knee during the Global Citizen Festival.

anyway, Stevie Wonder was awesome. here’s him playing the national anthem on a harmonica as he kneels. i love him pic.twitter.com/ZOHMbmo4r8