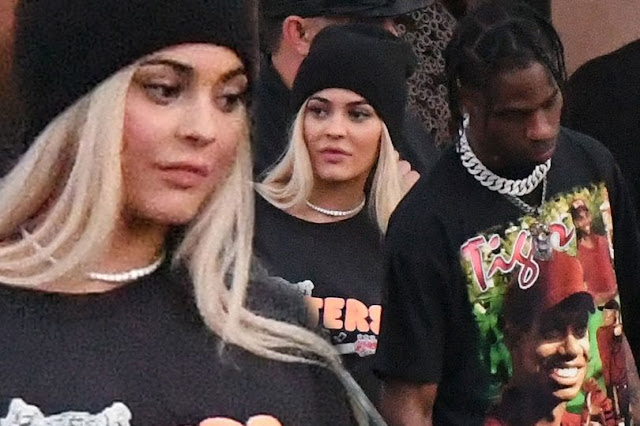 Kylie Jenner is out to prove that blondes really do have more fun.

The 19-year-old reality beauty headed out on a fun-filled date with her new man Travis Scott .

The Keeping Up With The Kardashians star and the rapper were spotted enjoying a cruise on a yacht, before hitting an exclusive Miami restaurant.

The couple dined in a private back room at the River Yacht Club.

They’re said to have been super loved up and were spotted kissing during their date while bodyguards worked to ensure they had some privacy. 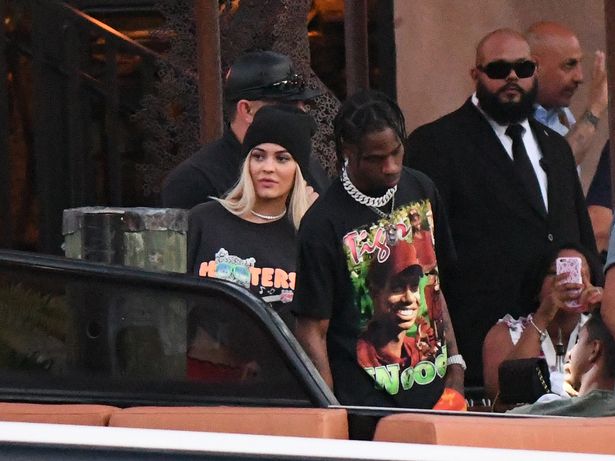 The couple were reportedly joined at the water-based restaurant by Miami restaurant, nightlife and hospitality entrepreneur David Grutman and his wife Isabela Rangel.

Sources say Kylie drank Evian water all night while Travis necked back shots of Don Julio tequila with their friends.

Kylie, who has gone back to being blonde, was wearing a beanie hat and red pants with a Hooters T-shirt, while Travis wore a T-shirt with a picture of golfer Tiger Woods on the front an a HUGE silver chain around his neck. 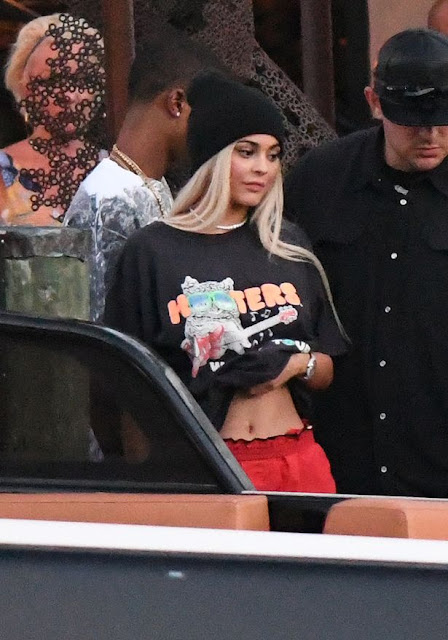 Kylie was first spotted with Travis at Coachella festival, in Indio, California, a couple of weeks ago.
Fellow festivalgoers took to Twitter to say they’d seen Kylie getting cosy with Travis, who was performing on the night.
One said: “Saw Travis Scott and Kylie Jenner making out during Dillon Francis set”
While someone else shared a video of them holding hands while walking through the crowds with a group of pals.
Kylie and the 24-year-old’s PDA came just days after Tyga was spotted getting cosy with a lookalike of his ex. 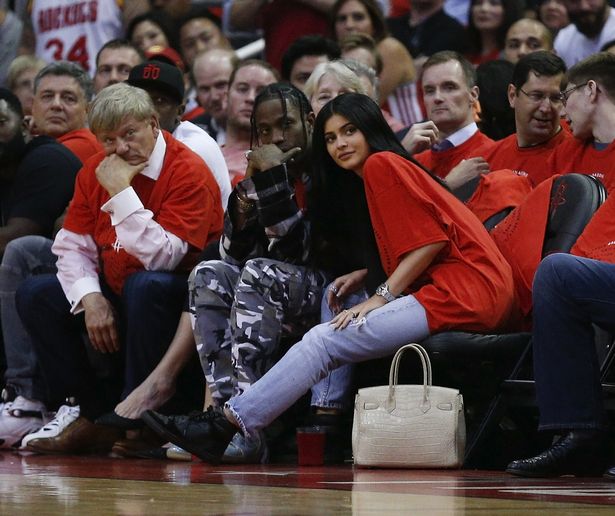 The rapper, 27, and Justin Bieber’s former flame Jordan Ozuna were spotted eating at Serafina Sunset in West Hollywood on Thursday.
As they left the restaurant, the pair shared a cosy hug. However, Jordan didn’t waste much time before shutting down any romance rumours.
Writing on Twitter after the pictures hit the internet, she said: “Omg y’all I’m not dating Tyga. Come on.”
SOURCE : MIRROR.CO.UK
Thanks for visiting Holykey1.com, kindly come here often because we have more juicy entertainment stuff for your pleasure
Don’t forget to leave your comments below and share this post to friends and family
STAY BLESSED!