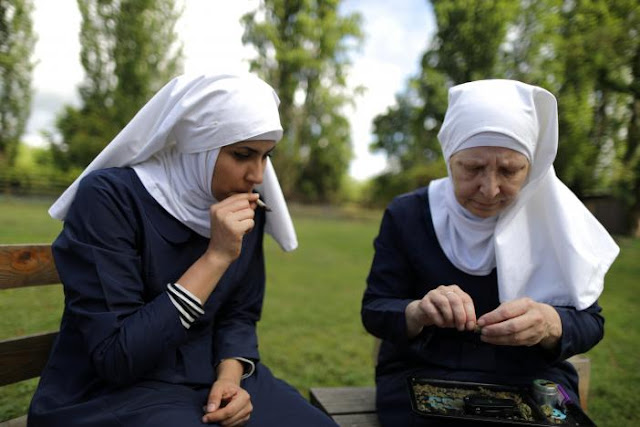 The Sisters of the Valley, California’s self-ordained “weed nuns,” are on a mission to heal and empower women with their cannabis products.

Based near the town of Merced in the Central Valley, which produces over half of the fruit, vegetables and nuts grown in the United States, the Sisters of the Valley grow and harvest their own cannabis plants.

The sisterhood stresses that its seven members, despite the moniker, do not belong to any order of the Catholic Church. 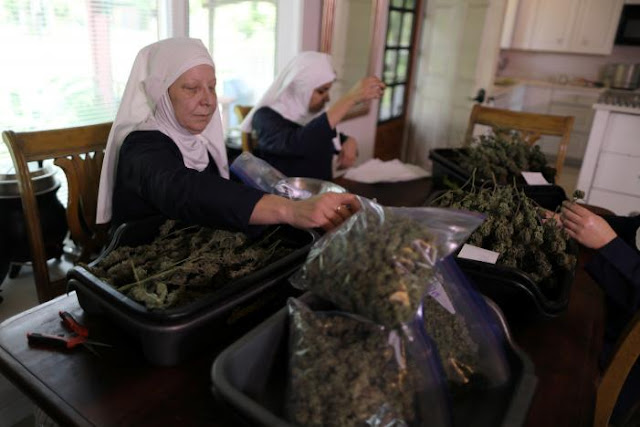 “We’re against religion, so we’re not a religion. We consider ourselves Beguine revivalists, and we reach back to pre-Christian practices,” said 58-year-old Sister Kate, who founded the sisterhood in 2014.

The group says its Holy Trinity is the marijuana plant, specifically hemp, a strain of marijuana that has very low levels of Tetrahydrocannabinol (THC), the psychoactive compound in the plant. Members turn the hemp into cannabis-based balms and ointments, which they say have the power to improve health and well-being. 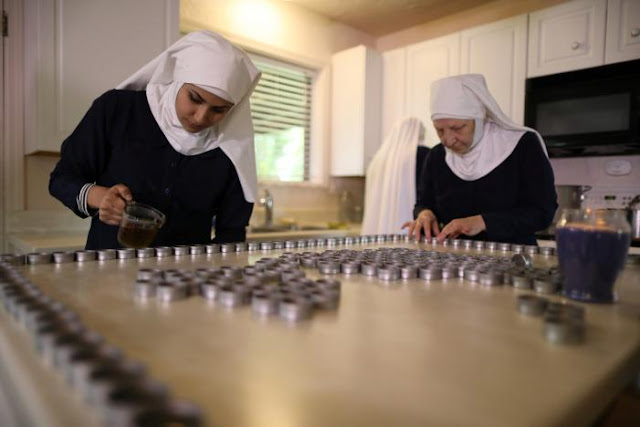 “A sister becomes a sister through a commercial relationship and earning a wage or a commission and we want to grow this way because we want to free the women, we don’t want to make them more dependent,” said Kate, whose real name is Christine Meeusen.

She said the group had roughly $750,000 in sales last year, the most since it started selling products in January 2015. 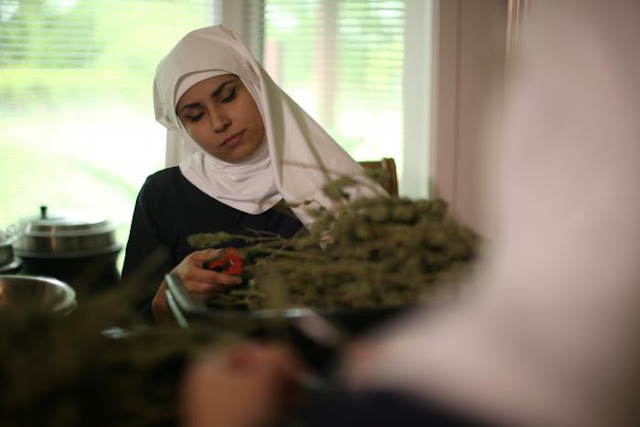 President Donald Trump’s administration and his Attorney General Jeff Sessions, a longtime critic of marijuana legalization, have worried some in the country’s nascent legalized marijuana industry.

But the “weed nuns” say the new administration has strengthened their resolve.

“The thing Trump has done for us is put a fire under our butts to get launched in another country,” said Kate. “Our response to Trump is Canada.” The group makes online sales to Canda, and hopes to launch an operation there in two months.

Sister Kate adopted the nun persona after she took part in an Occupy Wall Street protest in 2011 dressed as a Catholic nun, a look that led her to be known by protesters as “Sister Occupy.”

“We’ve gotten a few hate calls but, by and far, the Catholics understand what we’re doing,” she said.

Thanks for visiting Holykey1.com, kindly come here often because we have more juicy entertainment stuff for your pleasure
Don’t forget to leave your comments below and share this post to friends and family